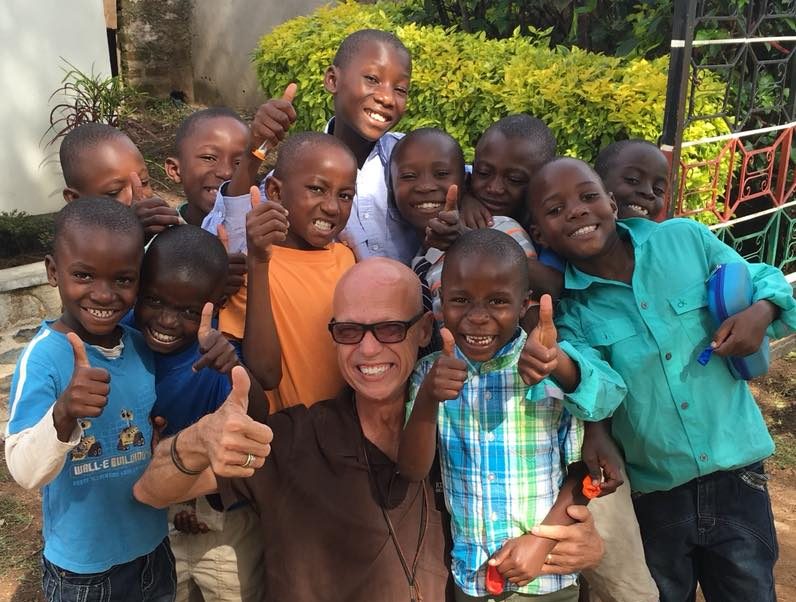 During the fall of 2001, Steve James and his wife received the most crushing phone call a parent could fathom. Their 19-year-old daughter, Brittney, was found unresponsive in her college apartment. Though devastated, the couple focused their grief on a way to give her death purpose, to keep her memory alive.

At the time, she had been sponsoring a child in Kenya named Newton. Steve knew he had to meet this boy and tell him how dearly Brittney loved him. Upon arrival in Kenya, Steve was exposed to hardships he’d never seen before. Steve had been a nurse practitioner for some time, and his heart began to stir for these communities suffering from deformities and severe illnesses.

Almost immediately, he began medical visits to Kenya multiple times per year. With the help of his family, friends, and volunteers, Kenya Relief was founded. Today, more than 125,000 Africans have received life-changing surgeries, more than 1,000 kids have received a quality education, and the organization has grown to accept 21 teams per year. Several of these groups come from top medical facilities and universities around the USA.

We’ve partnered with Kenya Relief for a number of years and were anxious to share Steve’s story of redemption and hope.

What led you to become a nurse?

Very few people in my family attended college, but I had an aunt who encouraged me to pursue nursing. I secured a job as an orderly at the new hospital in my hometown and loved it even though it was a lot of dirty work. This is where I fell in love with caring for people.

After nursing school at Wallace State, I worked in a coronary care unit for five years. It’s an extremely complex line of work, but I loved it. I wanted to do even more, so I enrolled in the anesthesia program at Southeast Alabama in 1980. That’s honestly been the best thing that’s ever happened to me. It provided all the training and preparation for what I do today.

What prompted you to found Kenya Relief?

I’m a caregiver, and I’ve done various things throughout my life to care for my community. But the death of my middle child, Brittney, triggered my interest in missions. After you lose your kid, your life is crushed. You look for some sort of validation or purpose behind your loss.

It became clear to me that I needed to do something in her memory. Brittney had been asking to go to Kenya since 1997 when she started supporting Newton, but I never thought I’d take my daughter to Africa. It seemed like the craziest thing in the world … or at least I thought it was.

So, I went to visit Newton, and when I got there, it was like I stepped onto another planet. The amount of pain and suffering was insurmountable. At any hospital in America, you strive for excellence. We have pretty good healthcare! And to see those discrepancies and disparities was a powerful, moving experience.

I started to question myself and ask, “Why do we have so much in America and millions of people elsewhere have little to nothing.” But I knew I could make a difference and that’s when I started Kenya Relief during the fall of 2001.

How does Kenya Relief help communities on a day-to-day basis?

In Kenya, there’s no lack of drive, only a lack of resources. The people are resource-poor and the education is not up to par. At the beginning, we sent a container full of equipment and started to work in the local hospitals.

We’re still supporting those facilities, but we also have our own progressive medical center where we perform advanced surgeries. We’ve treated over 125,000 patients, given away hundreds of mobility carts, and performed thousands of complex surgeries … in a rural environment!

When a team arrives, they have a line of about 400 patients to screen. We schedule surgeries on Mondays, Tuesdays, and Wednesdays, starting at 5 AM. We work until we can’t work anymore (usually 8 PM to midnight). It’s a marathon, to say the least, and you give like you’ve never given before. You do that for three whole days.

In addition, we run an orphanage with 200 children and a school that educates more than 600 students per year. And that’s not counting the 400 kids on the waiting list!

How do you prepare teams for what they are going to experience?

The people who come to us want to make a difference in the world. They choose to be brave and give their all so they can help others. We want to ensure and communicate that we’ve created a safe environment for them to serve. Our job is to alleviate their fears so they can focus and perform.

What impact does the experience have on the participants?

This is one of the most rewarding aspects of what I do. Many of these participants are average, well-educated Americans. They have cars, access to a good education, a cell phone, internet, quality medical care, etc. But they’re exposed to a life completely different than their own and people who have none of those things.

So, to see the average American become exposed to the giant needs around the world is amazing. They go back to their cities changed men and women who cannot help but see the world differently. They begin to question why God gave them so much, and then realize the reason is so they can bless others.

It’s a very powerful experience. Many of the team members have never met each other and come from all over the country, but they bond very quickly. I imagine it’s similar to being in mortal combat. You develop relationships and friendships that last a lifetime.

How has this ministry impacted your life personally?

It’s certainly given me a deeper purpose and caused me to self-examine my life a lot. God’s really humbled me and taught me that I’m not so special. There’s a big world out there, and he’s a big God.

It’s also simplified my faith and helped me understand what really matters. God’s shown me the practical things we can do to change people’s lives and to see others with open eyes. It’s made me accept others who are different from me and realize that all humans are created by the same God. They all have value.

Honestly, I’m still learning. You could ask me the same question in 5 years and I’d have different answers for you. But I hope I live a long time because I want to do more. I’m 63, if I can do this for 10-15 more years, I’ll feel as if I’d really done something.

And you guys are a part of that! Teamwork is so important. Everyone can contribute something and bring something to the table. People need to realize that little time is necessary to change someone’s life around the world … they just have to take some action.

Is there any particular patient whose story has stayed with you over the years?

Extraordinary is commonplace here at Kenya Relief. We have thousands of stories, but I’ll share a few.

Helen was a patient in her 60’s. She had a 6-pound goiter on her neck, as large as a small watermelon. She had gone elsewhere and been turned away multiple times because she didn’t have the funds. So, the goiter grew and grew until it was obstructing her airway. We were able to bring highly trained surgeons to perform that operation safely and in a way, give her a new life. She became a different person after the goiter was removed.

There’s also Victor and Stancey, who were the first two kids in our orphanage. I met their father, a widow named Victor Sr., on my first trip to Kenya. He was sitting outside of a hospital, dying of HIV/AIDS. He begged me to look after his two children, but I didn’t have the time or resources to do that then. I wept. It broke my heart.

I went back home and had dreams about him for an entire year. When I returned to Kenya, I found out he passed and left the kids with his disabled mother. So, we found the children and started Brittney’s Home of Grace. Today, Stancey works for us as a social worker and Victor is still in school working on our farm.

What are your goals for Kenya Relief?

I don’t think there’s ever a final answer for that. The Scripture that drives me is Matthew 25:40,“Truly I tell you, whatever you did for one of the least of these brothers and sisters of mine, you did for Me.”

And I’m continually learning who “the least of these” are. I used to think it was just orphans and widows, but I’m finding that it’s prisoners, oppressed women … the list goes on. Our mission is to rekindle hope for a new generation in Kenya through a partnership between communities, uniting for a common good.

I want it to be a greater force for unity and peace. We want Kenya Relief to be an example of people setting aside their differences and coming together for the common good. That’s our higher objective.

Do you have any advice you’d give to someone trying to start a non-profit organization?

You will see the best in humanity and you will see the worst. Don’t reinvent the wheel. Find people that are doing good things. Learn what you can and persevere … don’t ever give up.

Excited about what’s happening through Kenya Relief? We are too. You can make a difference through volunteering, donations, or sponsoring a child! For more information about humanitarian or non-profit flights, contact mail@fellowship.com. 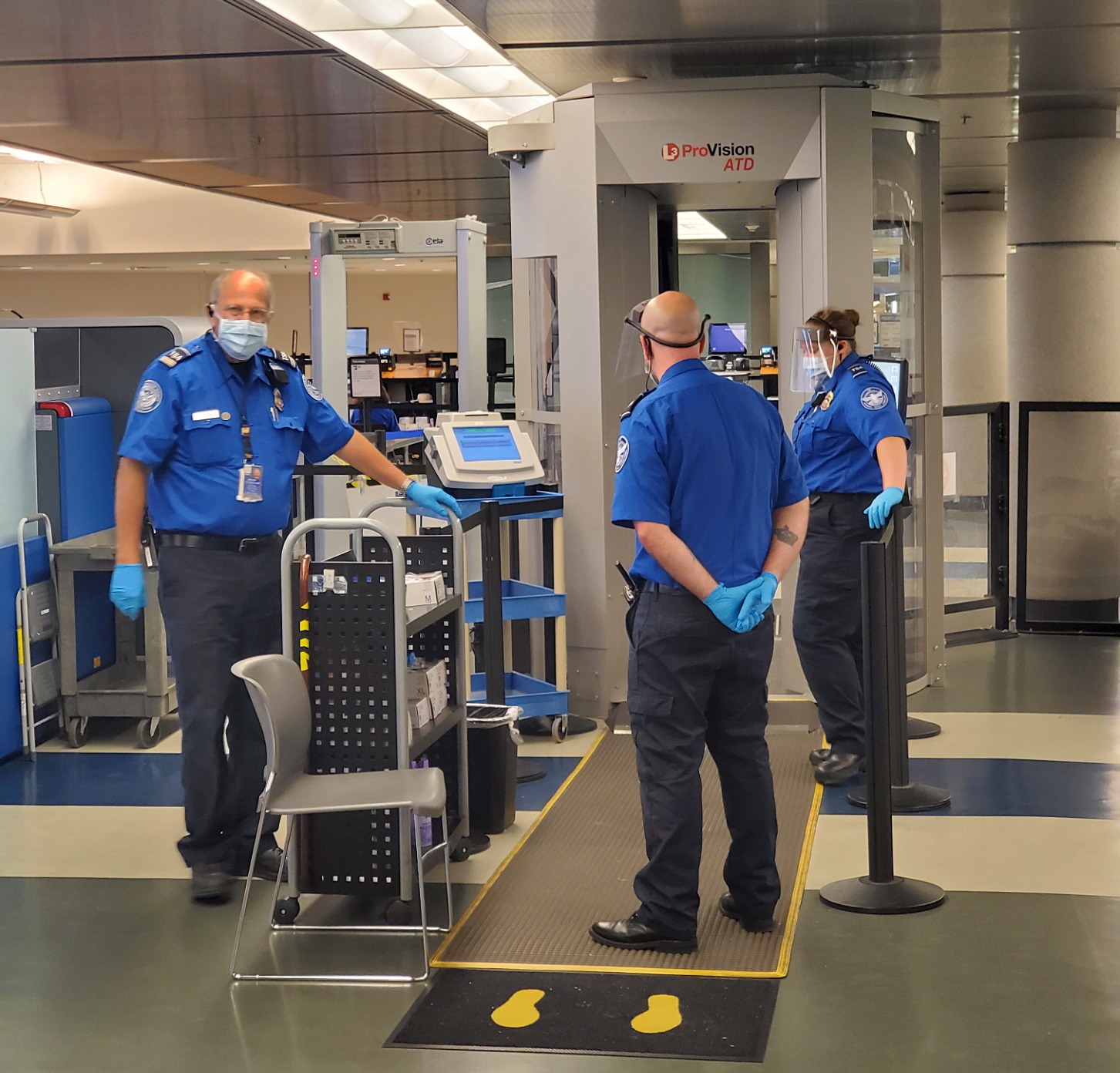 My Experience Traveling During COVID