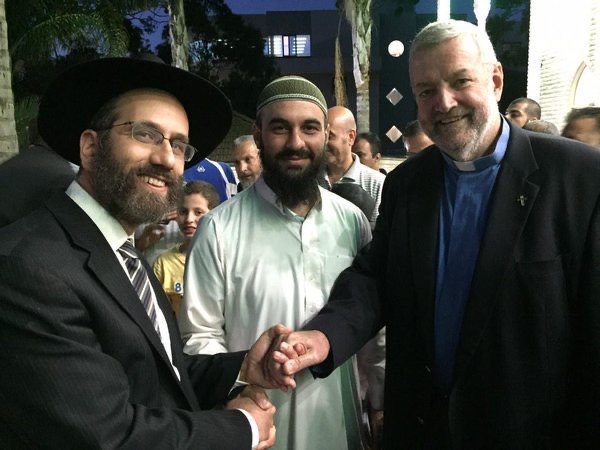 FTI is proud to announce our new virtual study abroad program in Israel! This immersive virtual experience offers a unique journey through the cultural interactions between Western & Arab cultures, modern & traditional elements, Jews, Muslims, Christians & liberal atheists who are living together in Israel. Embark on a virtual journey into the heart of tensions between these various subdivisions and ethnic groups while gaining an anthropological perspective of cultural tools being used for reconciliation and conflict resolution.

Two generations after its modern foundation, Israel is still fighting for its cultural identity between Western modernism and religious orthodoxy. Almost 10 million Israelis are divided between, Jews and Arabs, Muslim
and Christians, religious and secular groups.

In this program, we will visit and study each group, aiming to offer a glimpse into the full spectrum of the sociocultural diversity of the country. We will meet the Ultraorthodox Jews in their closed neighborhoods of Jerusalem and Safed. We will encounter the semi nomadic Bedouin tribes of the Israeli desert, the Arab Palestinians of Bethlehem, the Muslim peace activists of Jaffa, the high-tech community of modern Israelis in Tel Aviv, and members of the Kibbutz movement – a collective community made
of farmers and pioneers.

Groups will have the opportunity to engage with academics, social leaders, educators, students and other representatives of the various social groups and subcultures gain an understanding of Israeli cultural interaction and interdependency. Through these engagements, students will learn how the cultural tensions and conflicts have made the Israeli society so vibrant and productive.

In response to these engaging dialogues, students will also learn about the intercultural peace process that is taking place in the country. The program highlights cultural studies designed to ease political tensions and resolve religious conflicts. Information leads to implementation. It is our hope that students will become instruments of peace on a broader scope of history. For a more in-depth look at this program, check out our brochure to learn more.

For more information about FTI’s virtual study abroad programs for faculty-led groups, take a look at:

Return to the Land Media Kit