The Guanacaste region of Costa Rica lies in the northwest of the country, bordering on the intense blue waters of the Pacific. Contrary to what you'll find in the U.S., the country's tropical climate means the water is calm & warm along its white sand beaches. The coastline isn't its only beautiful feature though. Costa Rica is also known for its lush rainforests & multiple volcanos.

These landscapes give visitors a wide variety of activities to choose from, including adventure, sports recreation, culture & relaxation, but the country is world-renown for its eco-tourism. This region is home to a number of protected areas including water, land, mountain & coastal ecosystems.

The tourist season, otherwise known as the dry season, is mid-December to April. But, if you're willing to put up with some rain in exchange for some better prices, you'll find warm weather year-round, from 75-90 degrees Fahrenheit.

Some of Our Favorite Attractions

Llanos del Cortez Waterfall, one of the most beautiful series of waterfalls in the country, is located in the rain forest, yet its shore is a white sand beach!

Arenal Volcano, one of the country's seven active volcanoes, is a source of geothermal energy that heats hot springs. The waters are laden with volcanic minerals that promote healing & relaxation. 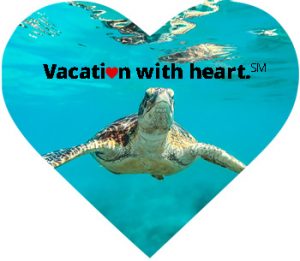 Our featured resorts offer so much more than standard fun & relaxation. Guests support a wide variety of social & environmental programs. Here are a few that really stand out.

Dreams Las Mareas partners with Tora-Carey to protect sea turtles that nest on its beach through monitoring, tracking & research. The rare black turtle & Olive Ridley both nest year-round. The Hawksbill turtle can be seen from May to September.

It's easy to see why the Westin Reserva Conchal was the first hotel in Latin America to qualify as carbon positive. It operates a wide variety of sustainability efforts, including: a 96-acre reserve that protects birds, mammals & flora in a range of ecosystems; a water treatment plant & Costa Rica's first desalination plant; 1400 solar panels that generate 7% of the energy used by the hotel; & an organic garden run by the local women in the community & a tree nursery housing 15,000 plants to preserve endemic species.

Not all All-Inclusives are created equal, especially in Costa Rica. So, we picked out a few of our favorite resorts & excursions.

We feel strongly about partnering with organizations that give back their communities. All the resorts featured meet that criteria, through conservation, sustainability, social work or a combination thereof.

Guests of all ages will all enjoy this secluded getaway nestled into the mountains & jungles of Guanacaste, Costa Rica – 90 minutes northwest of Liberia International Airport.

Looking for something else?

Let us know what's on your bucket list & we'll help you plan the perfect trip! 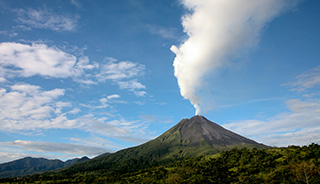 Start the day with a visit to Bijagua, a small town in the rainforest, insearch of wildlife including 2- & 3-toed sloths. For lunch, visit a "SODA" to sample a "casado," a traditional Costa Rican dish. Bring your swimsuit so you don't miss the opportunity to take a refreshing dip at a waterfall, before taking a quick tour of nearby Liberia (known as the White City). 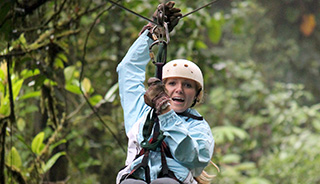 Experience the Costa Rican culture & adventure through this jam-packed full-day excursion.  Visit the mountains to do some zip lining, water sliding, horseback riding & even some soaking (in a hot spring). You'll also visit a ranch where you'll learn how local coffee & pottery products are made. Of course, a homemade lunch showcasing the flavors of the region is included. 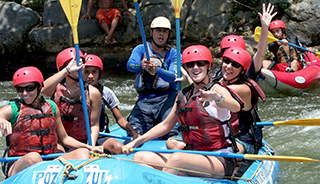 This tranquil float down the Corobici River gives nature lovers the chance to see a variety of plants & wildlife, including: monkeys, lizards, crocodiles & sea otters! A professional guide will steer your raft, point out the animals, help you find some of the area’s approximately 300 species of birds & share some tropical fruit. After a couple hours on the river, you’ll ride back to where you started to enjoy a traditional Costa Rican lunch.